Investing in drones in Sierra Leone

The Bill and Melinda Gates Foundation (BMGF), having been working alongside Sierra Leone’s Directorate of Science Technology & Innovation (DSTI), has agreed to provide initial investment to research emerging drone technologies as part of a plan to reduce the country’s dire maternal and child health burden.

In challenging operating environments, like those found in Sierra Leone, drones can play a fundamental role in the delivery of medical commodities. Evidence suggests that the integration of drones into the health supply chain system can improve the speed, reliability and frequency of transportation, which in turn increases access.

Despite significant progress over the past ten years, infant, child and maternal mortality rates in Sierra Leone remain some of the highest in the World. Three million people (or 70 percent of the rural population) in the country live further than two kilometres from an all-season road, which impedes access to health commodities and services. And to complicate an already trying situation, owing to flooding and landslides, and a lack of adequate infrastructure, accessibility to and from health facilities, particularly during the rainy season, is limited.

Families can spend hours travelling to health facilities to get the care and attention they require. But due to poor transportation and distribution systems, commodity and supply stockouts are common, which means that when families do finally arrive at health facilities, there is no certainty that the products or services they require will be available.​

While the technical use case for drones has been demonstrated elsewhere before, DSTI is considering the technology from a systems perspective. This means drones are seen as a key part of a system designed to strengthen primary health care in Sierra Leone, helping to increase the reach of service delivery and optimise health delivery networks.

According to David Sarley, Senior Programme Officer at BMGF, “The use of drones will allow Sierra Leone to resupply stocks in remote health facilities and deliver supplies within 90 minutes when stocks are depleted.”

“The DSTI approach of considering how drones fit within the overall health system is crucial both in terms of their operational and financial sustainability,” he said.

Improving access to health facilities is the Government of Sierra Leones’s number one priority. To overcome the evident obstacles and reach the remote facilities and communities in Sierra Leone with much needed essential medicines and commodities, the DSTI design team – alongside UNICEF and Crown Agents – undertook an inclusive and consultative process with a range of stakeholders.

They came up with an evidence-based proposal to provide Sierra Leone’s Ministry of Health and Sanitation with the rapid dispatch ability offered by drones and all-terrain vehicles to reach any health facility in Sierra Leone within 90 minutes. This could be a major tool in avoiding essential medicine stockouts at hospitals and community health facilities.

The project will focus on 250 hard-to-reach health facilities and hospitals throughout the country and will support key government strategies including the provision of universal healthcare.

“In Sierra Leone we are determined to use fourth industrial revolution technologies to solve our most intractable problems,” said Dr David Moinina Sengeh, Sierra Leone’s Minister of Basic and Senior Secondary Education and Chief Innovation Officer. “Such a cost-effective national drone delivery mechanism has the potential to save many lives in Sierra Leone. With the partnerships being created and led by the government, the impact will be transformational.”

The Directorate of Science, Technology and Innovation (DSTI) uses science, technology and innovation to support the Government of Sierra Leone to deliver its national development plan effectively and efficiently, and to help transform Sierra Leone into an innovation and entrepreneurship hub. DSTI sits in the Office of the President and executes its functions through the Office of the Chief Minister. The Chief Innovation Officer (CIO) serves as an Advisor to the President and Chief Minister of Sierra Leone.

About the Bill & Melinda Gates Foundation:

Guided by the belief that every life has equal value, the Bill & Melinda Gates Foundation works to help all people lead healthy, productive lives. In developing countries, it focuses on improving people’s health and giving them the chance to lift themselves out of hunger and extreme poverty.

The Interagency Supply Chain Group’s UAS coordinating body, formed in 2018, convenes 13 international organisations and donors in the health supply chain space to align and coordinate investments for drone payload delivery in low- and middle-income countries. Through our coordination, we aim to better understand the potential for UAS to strengthen global health systems, where to focus our investments in the near and long term, and how to better leverage the work of each organisation. Ultimately, we aim to expand our knowledge base and ensure that our investments are cost-effective, sustainable and impactful.

An ISG conversation with…
UNICEF 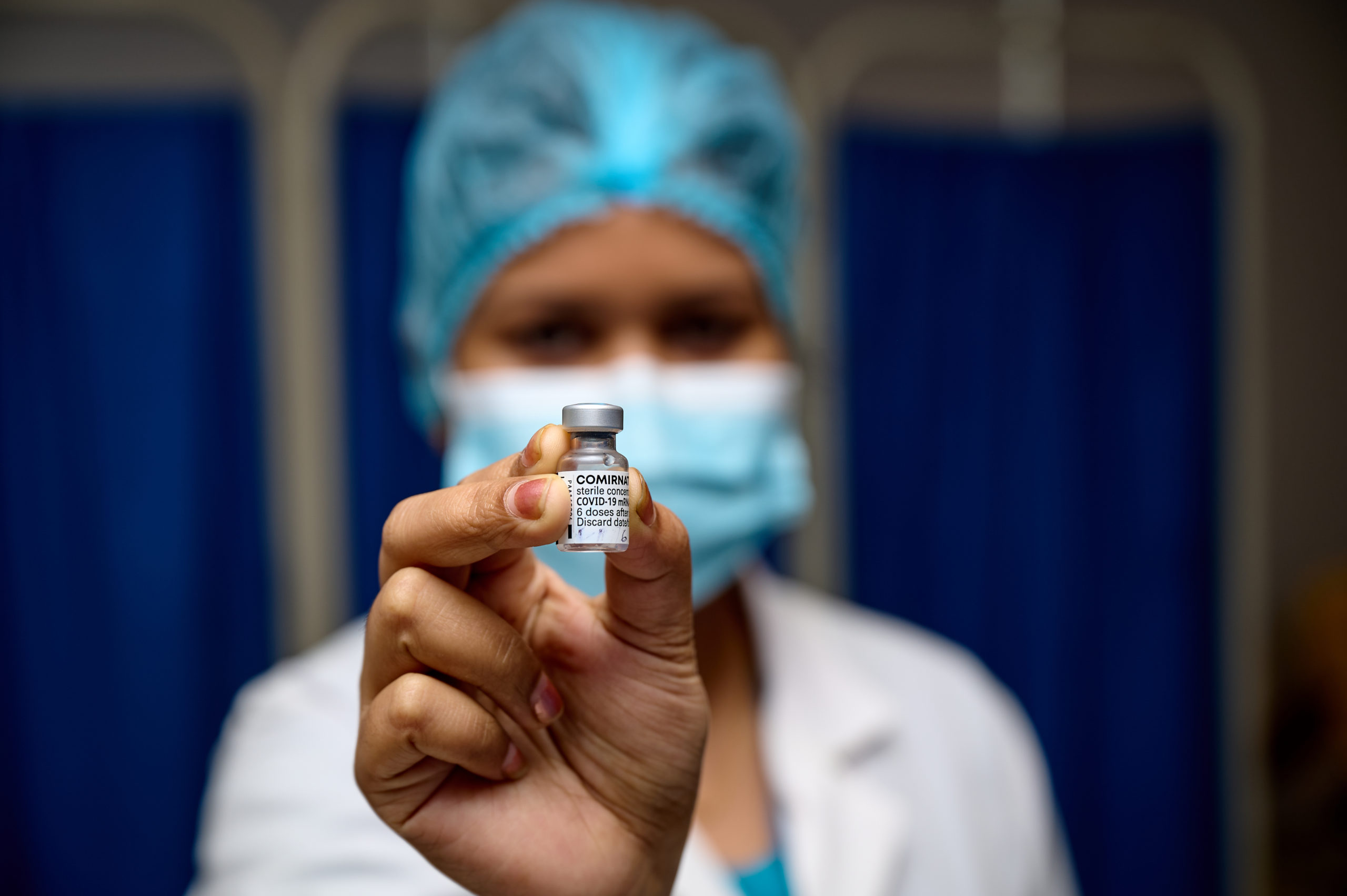 An ISG conversation with…
Gavi